You’ve undoubtedly heard of “Young Adult” fiction, or YA.  Maybe you’ve even read a few samples, like the recently popular The Hunger Games or Twilight.  Or you fondly recall the old-school variety–Salinger’s Franny and Zoey or The Catcher in the Rye. 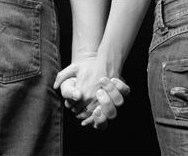 You may be surprised, however, to learn of the latest genre to gain popularity:  “New Adult” books.  According to “Shelf Awareness,” a recent panel discussion hosted by the Publishers Advertising and Marketing Association tackled the question–just what is “New Adult” fiction?

The findings?  Similar to YA fiction, “New Adult” novels feature coming-of-age stories, but instead of high-school age characters, they center on college age or shortly beyond.   Amy Tannenbaum, literary agent with the Jane Rotrosen Agency, distinguished “New Adult” characters from adult this way:  “They don’t have to think about the consequences of their actions the way adults do.”

Apparently, the genre began as an Amazon ebook category, often driven by self-published

works, but is now tentatively penetrating the brick-and-mortar stores.

How popular are these books?  While Hwang thinks the market is so “saturated” that a new genre will find it difficult to gain solid footing, Tannenbaum believes “New Adult” has a bright future: “Why would people want to stop reminiscing about their college years?”

Fuze’s opinion?  The market may be “saturated” with certain books, but there is a distinct shortage of quality literature, as evidenced by last year’s Pulitzer deferment.  (See last week’s newsletter.)  Though reminiscing about college years may be enjoyable for a time, our imagination also craves complexity, depth, and variety, which Fuze books offer.

What do you think of the new genre?  Would you classify How the Winds Laughed as “New Adult” or does it go beyond the genre?  Comments welcome on the Fuze Facebook page.