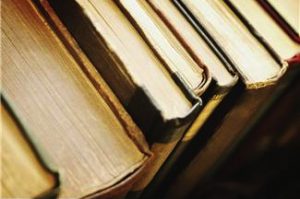 You’ve got them lined up on your bookshelf: The Grapes of Wrath, Jane Eyre, Robinson Caruso. Guests to your home finger the spines and cluck with approval. A few comments are exchanged “what a ground-breaking female voice,” or “so sad when he died.” It’s all very pleasant, like enjoying a Van Gogh painting exhibit at a museum with a friend.

However, a recent survey says that more than sixty percent of respondents have lied about having read a book, to seem more intelligent and impressive. “The most popular ruse,” according to The Telegraph,” is pretending to have read classic novels, with 42 percent of people relying on film and TV adaptations, or summaries found online, to feign knowledge of novels.”

At Fuze, we think lying is a strong word. Perhaps a better phrase would be “give the impression of having read.”

Another tactic is to stuff low-brow books and magazines that are actually being read into the spines of more esteemed titles. Okay, this is a bit more deliberate. Could we reframe this as an act of privacy? Maybe not.

The top three books falsely claimed to have been read? George Orwell’s 1984, Tolstoy’s War and Peace (now that is a tome–not that I’ve actually read it. I’m sorry, did that comment imply I had?), and Dickens’ Great Expectations.

So, time to ‘fess up. Are there books out there that you’ve pretended to have read? Implied that you’ve read? Unintentionally allowed someone to get the impression that you’ve read? What were the circumstances? Tell us all about it on the Fuze Facebook page, or anonymously at fuzepublishing@gmail.com. We promise not to judge.