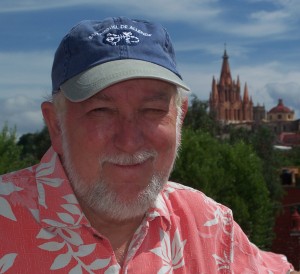 An award-winning playwright, screenwriter, and cartoonist, Mark Saunders, author of Nobody Knows the Spanish I Speak, tried stand-up comedy to get over shyness and failed spectacularly at it—the stand-up part, not the shyness. He once owned a Yugo and still can’t remember why. More than 70 of his plays have been staged or received public readings in the United States, Mexico, and England, and five of his plays have been published. With three scripts optioned, his screenplays, all comedies, have attracted awards but seem to be allergic to money. Back in his drawing days, more than 500 of his cartoons appeared nationally in publications as diverse as Writer’s Digest, The Twilight Zone Magazine, and The Saturday Evening Post. As a freelancer, he also wrote gags for the popular comic strip “Frank and Ernest,” as well as jokes for professional comedians, including Jay Leno.

Read an Interview with the Author

Check him out on the Author Tracker