We learned in elementary school to build sentences out of five different types of words. Verbs generate action; nouns flesh them out, providing the verb’s energy with mass and shape. Adjectives further define nouns; adverbs do the same for verbs, while mostly low-profile prepositions whisper directions.

Writers soon sense that one of these five leads the field when it comes to packing a punch: the verb. It is, after all, the only part of speech with the strength to stand alone as a (commanding) sentence.

Verbs are the source of life in our writing, and we must seek to maximize their potential by asking them to carry as much meaning as possible. 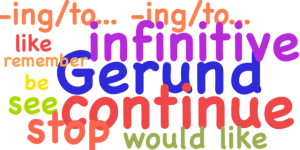 When revising an early draft of a piece of writing, for example, we might replace the phrase “move slowly” with a single verb: “creep” or “inch.” “Sit clumsily” might become “flop”; “eat greedily,” “devour.” In each case, instead of relying on the relatively weak adverb to convey our specific meaning, we load it into the verb. “Creep” implies slowness, “flop,” clumsiness.

Similarly, why trust lowly prepositions to make our points? That’s what happens when we choose “put down” over “insult” or “kill” or “release.” Or “put out” instead of “perturb” or “extinguish” or “banish.” Notice that in using the more specific verbs, which imply the preposition, we eliminate the chance of ambiguity. And whenever we find one word that can do the work of two or three, we concentrate our style.

Next time you’re about to send a long email, take a moment to study your verbs. Are a few of them being shored up by unwieldy adverbs or weak prepositions? Can you think of stronger, more focused, more vivid replacements?