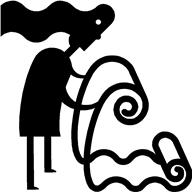 Most people thought Barnes & Noble was uttering its near-final words when it announced a few weeks ago that the Nook had died, unable to compete against Amazon’s Kindle and Apple.  After all, Nook was going to save B&N, and that endeavor failed.  Borders had already folded, ebooks were climbing the charts.  It was only a matter of time.

A recent New Yorker article by James Surowiecki, however, examines the facts and paints a different picture.  Although Nook was intended to resurrect the company and yet overall sales fell last year, Barnes & Noble is apparently getting smarter at making a profit with fewer sales. Some of their business tactics include streamlining their operations department and signing shorter, less expensive leases.

According to Surowiecki, a recent Codex Group report revealed that people discover books more often by browsing in brick-and-mortar stores than on-line, making B&N valuable to both customers and publishers.  And contrary to popular belief, ebooks are not taking over.  They are sharing the limelight with print books, accounting for only one-fifth of the market.  In another Codex Group survey, “ninety-seven per cent of people who read e-books said that they were still wedded to print, and only three per cent of frequent book buyers read only digital.”  And people of all ages still pick print for more serious reading.

The number of bookstores has obviously dwindled, including chain stores and independents.  But the ones left have less brick-and-mortar competition, and are reportedly doing well.  Instead of trying to reinvent itself, Surowiecki gives some simple advice to B&N–“focus on something truly radical:  being a bookstore.”