We Grow Immortal by Brian Pressley 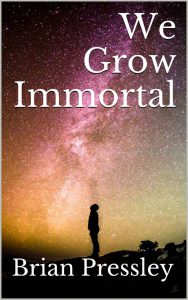 Looking for the perfect summer read? Check out this new action-packed science-fiction adventure from Brian Pressley! Ryker Simonson awakens from an experimental longevity treatment expecting to be immortal and living in paradise, but instead finds himself being chased by the most successful mass murderer in the history of mankind as the world starts to crumble around him. Accompanied by his technological intellect, Norm, Ryker must survive a trip across half the country to connect with the only people who can save him. With billions dead and dying, can Ryker come to grips with the changes that have been made to his body and mind, or will he self-destruct and take the remainder of humanity with him?

​Brian Pressley is a physics teacher and writer living with his wife and two daughters in Maine. He has had books published on mathematics, chemistry, physics, biotechnology, forensics, and general science education. He is also the author of many science fiction and fantasy stories. We Grow Immortal is available in both paperback and ebook formats.

The Don Con by Richard Armstrong 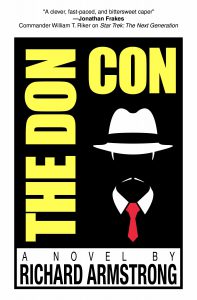 The Mafia comes to Comic-Con in this fast-paced suspense caper and pop-culture satire!

Joey Volpe’s life sucks. As an actor, he hit the peak of his career when he played a bit part as a mobster on The Sopranos. If you blinked, you missed it.

But now, at age 40, he’s unemployed, broke, and forced to make a living by signing autographs at pop-culture fan conventions.

Joey’s life gets even worse when a real mobster shows up in his autograph line and makes him an offer he can’t refuse: He forces Joey to rob all the celebrities of their cash at the next fan convention. When the heist goes bad, the mobster frames Joey to take the fall.

With two long years in prison to plot his revenge—plus a cellmate who’s an expert at running con jobs—Joey comes up with a plan to get back at the mobster, make millions of dollars for himself, and rescue his marriage in the bargain. But if the plan fails, Joey could find himself fitted for a pair of cement overshoes.

Richard Armstrong is the author of Leaving the Nest, The Next Hurrah, and God Doesn’t Shoot Craps. Learn more about Richard and find ordering info at www.TheDonCon.com. 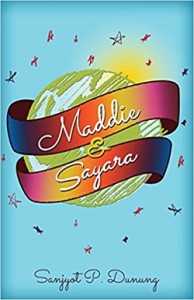 Looking for a compelling young-adult novel that will inspire young people everywhere to fight intolerance and repression? Check out Maddie & Sayara, the gripping debut novel from Sanjyot P. Dunung!

Maddie and Sayara are from very different cultures and meet while on holiday. They quickly forge a close friendship as they discover their similarities—their families, attitudes, dreams, and hopes. Their time together is cut short, however, when Sayara is called home because her favorite cousin Themi has been unexpectedly jailed by powerful forces. Maddie, surprised and shocked, resolves to help.

As Maddie learns more about Themi’s situation, she begins to wonder why girls are treated differently depending on where they are born. Naïve but hopeful, she can’t understand why her friends should live within unequal and unfair rules, and she is determined to fix the problem.

Stealthily arriving in Sayara’s home kingdom, Maddie finds she is less prepared than she thought to navigate local powerful forces, a different culture, and unfamiliar rules. With the help of a local family, Maddie finds Sayara and her spirited cousin Themi. But can Maddie and Sayara persuade the king to change the unfair rules against women? 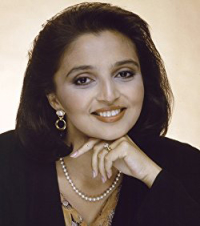 Author Sanjyot Dunung, the well-known president of a global educational and cultural learning company, has spent years mentoring young women from all kinds of backgrounds. Her mission with this book is to inspire young people to overcome the cultural barriers that prevent them from achieving their ambitions. This piece of activist fiction is perfect for anyone interested in making the world a better place, and it’s an essential learning resource for discussions about issues such as gender equality, freedom of choice and opportunity, cultural awareness, personal responsibility, and human dignity.

Maddie & Sayara is available in both paperback and ebook formats. Visit Amazon to order, find Maddie & Sayara on Facebook, or check out maddieandsayara.com for more info!

“Maddie is an enjoyable and bright first-person narrator with a voice that’s imbued with all the attitude and passion of a teenage girl … the escalating drama and Maddie’s energetic narration will keep readers turning pages.” ―Kirkus Reviews

“This young-adult story is well written with insightful information about a culture vastly different from Western ways of life…. Maddie & Sayara will be enjoyed by adolescent girls in particular, but also by adults interested in a close-up view of a different world as shared by a hopeful young girl.” ―Blueink

“The girls are realistically 13 and young adult readers will root for their star-crossed friendship. The characters have a genuine bond and fresh personalities that immediately endear the reader to their wild schemes. The plot is filled with action and clever turns, and plenty of scenes in which girls get to shine.” –Indie Reader