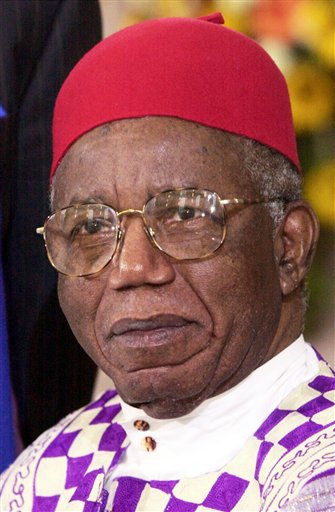 Mandela’s praise for bringing “Africa to the rest of the world,” died last week at the age of 82.  Though Achebe found it difficult to find a publisher for his first manuscript, Things Fall Apart was eventually published in 1958, sold over 12 million copies and has been translated into 50 different languages.

Known for his critique of Joseph Conrad’s The Heart of Darkness, which argued that Conrad’s work reduced  African language to “unintelligible grunts,” Achebe spoke out about the misunderstanding of African people and culture due in part to the stereotypes portrayed in literature.

What is the role of the modern African writer?  According to Achebe, “it was clear to many of us that an indigenous African literary renaissance was overdue…A major objective was to challenge stereotypes, myths, and the image of ourselves and our continent, and to recast them through stories–prose, poetry, essays, and books for our children. That was my overall goal.”