You may remember the news that rippled the literary world last year at this time, sparked by a controversial decision from the Pulitzer Prize board.  After much deliberation, the board could not come to a consensus on a Fiction prize-winner and so refused to select a book, claiming “no book is worthy of the prize,” according to a Huffington Post article.

The jury appointed to select winners, headed by Susan Larson, had chosen three books which were forwarded to the board for final approval. After hearing of the board’s refusal to select any of these books,  jury members were “shocked and disappointed and angry at the news,” according to Larson. “We thought so highly of these three books, we took our responsibilities very seriously, and our decision was unanimous.”

It’s difficult not to wonder if the board’s decision had anything to do with the watering down of literary quality, due in part to the abundance of self-published digital books glutting the market.  Though many self-published books are worthy of merit, they usually have not gone through a rigorous editing process.  Add to this the fact that profit-oriented traditional publishers seek out big blockbusters more noted for plot formula than writing polish, and encourage popular writers to churn out books at a rapid pace.  Should we be grateful that the Pulitzer Board maintained its high standards, or worried about the future of literature?  Or both? 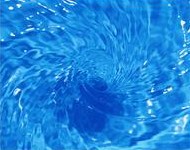 As the date for this year’s selection approached, speculation about the outcome spanned the gamut.  Many were hopeful a prize-winner would be named, which proved a sound prediction.  Last week, the Pulitzer jury nominated “The Orphan Master’s Son” by Adam Johnson, set in North Korea, and the board officially awarded the prize.

Do you think the quality of fiction has declined?  Are we looking forward to more years when the Pulitzer board declines to nominate?  Or does this year’s nomination affirm the quality of literature?  Comments welcome on the Fuze Facebook page