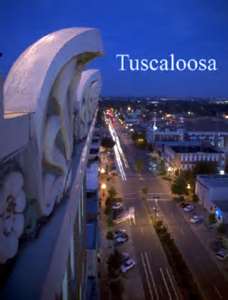 Reviewer Don Noble, of the “Alabama Writers’ Forum” calls Leaving Tuscaloosa “simply irresistible to a resident, past or present, of Tuscaloosa.”  Then he goes on to describe how it appeals to everybody else.

“Leaving Tuscaloosa is a cut above the average, however. As the story progresses the reader is drawn in by a large cast of mostly damaged characters who become increasingly complicated and interesting, and the novel moves from predictable to something like inevitable, from events that are disturbing and violent to a climax that approaches the tragic. For a first novel this is a real accomplishment.”